“It is a great feeling; there is nothing like having a New Zealand title. Even with five Australian ones a New Zealand one is special. It has been a long time since the last one and I am really excited we are able to compete at that level - I’ve been very blessed and very fortunate. As long as we are still enjoying it and are competitive we will continue,” said Tulloch, a four-time NZ truck champion.

“The team worked well and the result came.”

Having set fastest time in qualifying Tulloch took the car from the race start to the 1hr 13 minute mark before handing over to McIntyre. Concentrating on sticking to the pre-race plan to keep the car clean, McIntyre had a 20 minute spell late in the race behind the safety car that altered their tactics. He finished a lap ahead of the next placed car.

“We hadn’t planned on two stops so we had to adapt and I think that was the strength of the team - the team were able to think on their feet and with a half-lap warning made the decision that got us to the finish, first. It was a big call. Luckily the other race-win contending SuperTourer (Evans/Rollinson) and Ferrari (Fillmore/Stutterd) had to add a second stop to their race - otherwise it would have been very tricky,” said McIntyre, who has three V8 titles under his belt.

“In full reality we had the fastest car in the race with the fastest times for both of us as drivers. So as a combination we were faster.

“It was a really hot day as well so we ended up using more fuel, plus we were really roasting inside the car and toward the end, for the last hour, I had to have the cool suit turned off - so it was getting really hot. Then we had a big safety car period right near the end where everything was getting hotter and hotter. The five laps at the end we had to call on a bit of experience, keep the lap advantage we had, keep it on the track and know we would have the title. That’s what we did and are really pleased for the team as it’s a title in recognition for a year and a half’s work since Inky bought the car.” 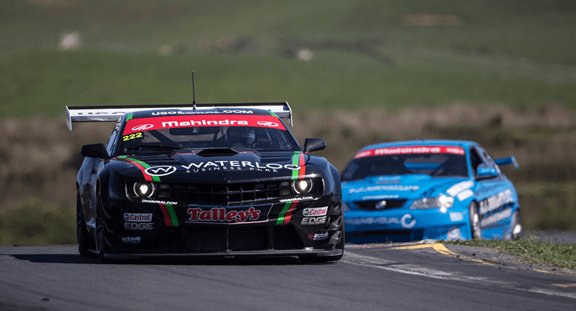